William Selkirk was born in Cumberland in 1868 and received training in mining engineering, but never had the opportunity to attend university. After a successful career in copper mining in Zambia, he retired in 1945 as director of several companies, a wealthy man. 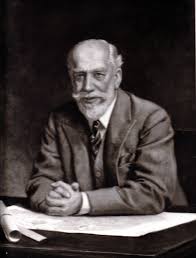 Wanting to offer others the opportunities that he never had, Selkirk donated a sum of £17,000 for the establishment of a hall of residence in Holland Park (and then a further £5,000 when the Hall’s finances were struggling later on!).

When the first Selkirk Hall was sold in 1961, it was deemed appropriate to name part of the planned Southside building after the benefactor. The second Hall was named Selkirk and Tizard Hall and was opened on the 8th of October, 1963 by HRH Princess Margaret.

By the turn of the century, the 1960s Southside building was much worse for wear. The specification for student accommodation had moved forward significantly and it was felt that the condition of the building, the small rooms and lack of ensuite bathroom facilities fell short of the standards students should expect. Many aspects of the building made it unsuitable for disabled students and did not comply with the Disability Discrimination Act of 1995.

Plans for a second Southside building were drawn up and in 2005 work began to demolish the old one and build a better one in its place. The new Southside building is split into three distinct halls – the best of which, continuing the Selkirk legacy, has now been named as the third Selkirk Hall.